The Konzertchor Darmstadt has a long-standing friendship with its current “Orchestra in Residence”, the Beethoven Academy Orchestra Krakow (http://oab.com.pl/en/). Poland’s youngest professional symphony orchestra is comprised of outstanding students and graduates of European music academies. It is supported financially by the Adam Mickiewicz Institute and the Polish Ministry of Culture and National Heritage.

The orchestra was founded in 2005 by Elżbieta Penderecka, the director of the Adam Mickiewicz Institute and widow of composer Krzysztof Penderecki. It was part of the Jeszcze Polska Muzyka project to promote Polish music, in which the orchestra continues to participate to this day.

After its success at the 53rd Festival of Young Artists in Bayreuth, the orchestra made its debut at the Ninth Easter Festival in Warsaw in 2005. This was followed by excellent reviews and many invitations to prestigious venues in Poland and beyond, including the darmstadtium, Alte Oper Frankfurt, Konzerthaus Dortmund, Gasteig Munich, Great Hall of People in Beijing, Xinhai Concert Hall, Sanat Concert Hall in Istanbul and Konzerthaus in Berlin. Between 2009 and 2013, it performed the Musik der Meister series of concerts in the legendary Musikverein Golden Hall in Vienna. In 2014, the BAO made its appearance at the Ludwig van Beethoven Easter Festival in Warsaw, the 4th Polish Music Festival in Moscow, the Last Night of the Proms in Krakow, and the 100th anniversary gala of the ASCAP during the Film Music Festival.

Since its inception, the orchestra has developed a broad repertoire of music, from classical works to film music and crossover projects. It has produced a number of albums available on CD and for download (http://oab.com.pl/en/index.php/discography). It facilitates conductor masterclasses and is proud to offer a rich range of educational programmes for kindergartens and schools.

Concertmaster Marcin Klejdysz, a graduate of the Academy of Music in Krakow, has been the orchestra’s Artistic and Organisational Director from the very beginning. He has collaborated with conductors such as Benjamin Wallfish, Gabriel Chmura, Wolfgang Seeliger and other famous composers and soloists. Jacek Kaspszyk has been the orchestra’s principal conductor since November 2013. 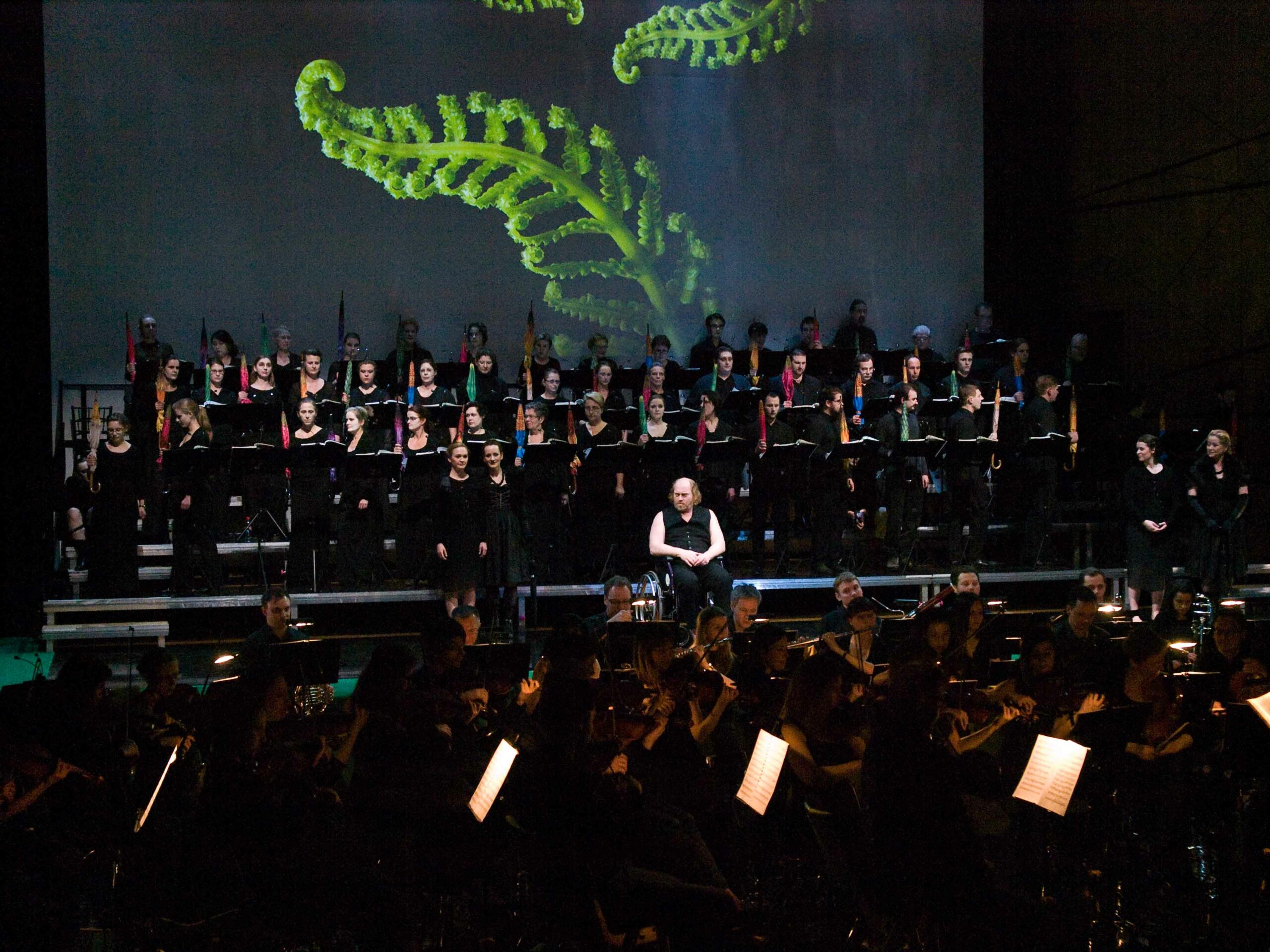 The Darmstadt Hofkapelle was established by Wolgang Seeliger in 1977 as an offshoot of the Darmstadt Chamber Orchestra. Its musicians come together from all parts of Germany, depending on the type of work and its instrumentation. The ensemble gives regular concerts with the Konzertchor Darmstadt, but it also presents orchestral concerts from works of different epochs.

This orchestra is mainly composed of young instrumentalists who are usually engaged in solo performances and small ensembles apart from the Darmstadt Hofkapelle. Therefore it is of particular importance for these musicians to work in the orchestra. The great joy and enthusiasm our musicians experience when playing in the ensemble is correspondingly shared by its audiences.

When working together on joint productions of the Konzertchor Darmstadt and the Darmstadt Hofkapelle, the instrumentalists imitate the spoken articulation common to Baroque times. The orchestra attempts to approach the manner in which the text is sung, trying to “breathe” in accordance to the voices. The intense relationship between orchestra and choir has a profoundly positive effect on the homogeneity of the body of sound.