Who we are
The Konzertchor Darmstadt, under the baton of Wolfgang Seeliger,
has become one of the best known choirs in Germany and beyond.

The Konzertchor strives for a living interpretation of music by placing great emphasis on style and on producing the highest quality performance. The expressive nature of a piece is paramount during performance preparation. Additionally, the choir is continually developing new ways to present its material. In this respect, the Konzertchor Darmstadt offers professionally trained singers from all parts of Germany a chance to move away from the usual paths of classical music production.

The choir performs regularly with the Darmstadt Hofkapelle and the Beethoven Academy Orchestra Krakow (BAO). 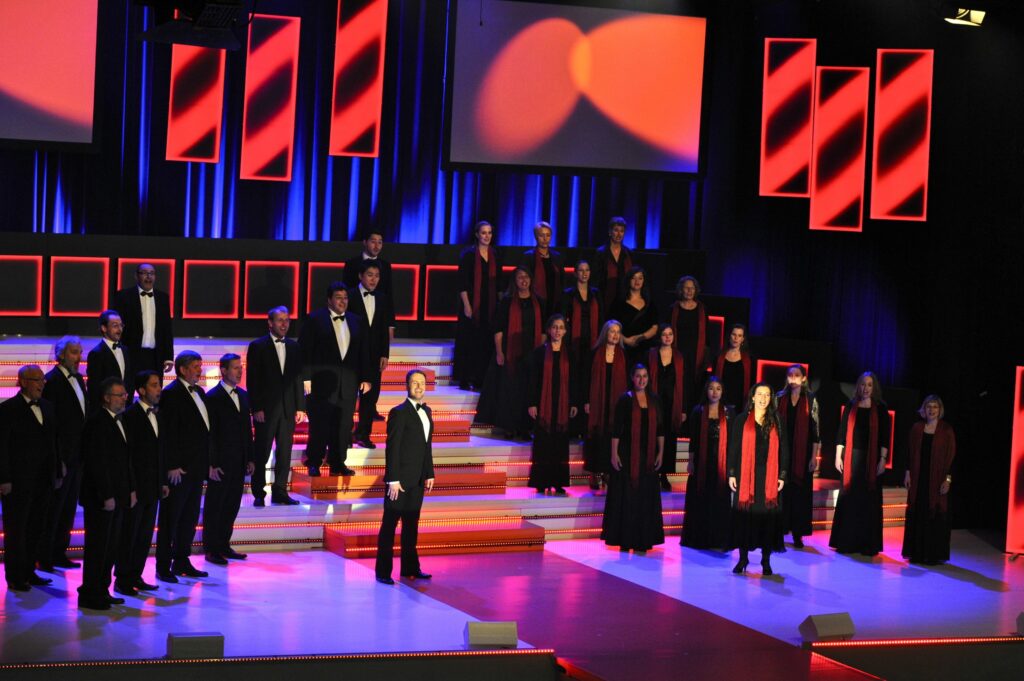 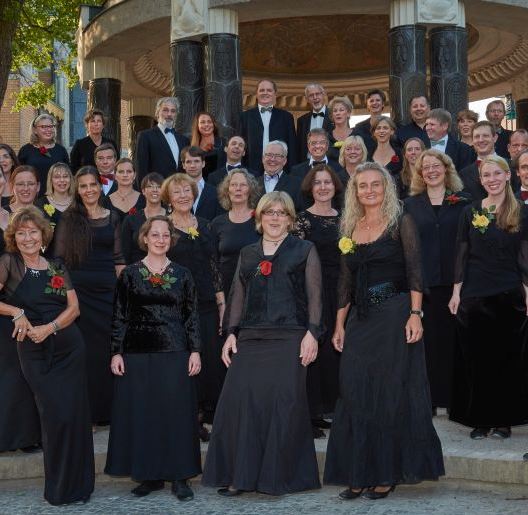 The Konzertchor Darmstadt typically gives around six concerts per year, conducted by Wolfgang Seeliger.
The core concerts are:

End of January: “Sing along” in collaboration with the Academy Orchestra. Recent performances have been Mendelssohn’s Elias and Haydn’s Die Schöpfung

Good Friday: a major work performed in the darmstadtium with international soloists and the BAO. Recent performances have been Mozart’s Requiem, Beethoven’s Christ on the Mount of Olives and Dvorak’s Requiem
Early summer: an ‘a cappella’ concert.

August: the choir is heavily involved in the Darmstadt Residenzfestspiele music festival and gives two concerts with international soloists and the Darmstadt Hofkapelle.

Late October/Early November: a major work performed in the darmstadtium with international soloists and the BAO. Recent performances have been Mozart’s Idomeneo, Beethoven’s Mass in C major and Verdi’s Requiem.

Early December: Advent Concert (Gang durch den Advent): a mix of accompanied and a-cappella pieces interspersed with chamber pieces and seasonal readings by a well-known guest performer. Two concerts are performed, one in Heidelberg, the other in the Pauluskirche, Darmstadt.

Christmas: a major Baroque piece or combination of pieces with international soloists and the Darmstadt Hofkapelle. These take place in churches in Babenhausen, Amorbach and the Pauluskirche, Darmstadt.

In addition, every year the Konzertchor goes on tour, takes part in music festivals and gives concerts to mark special events (from local to international) and to support charities. A full list of the choir’s repertoire can be found in Repertoire.

The choir is run by a small administration team based in its office in Mauerstrasse 17 in Darmstadt (see Office for contact details). It is a non-profit organisation led by its board and supported by the Friends of Konzertchor Darmstadt e.V. and the Konzertchor Darmstadt Foundation, as well as other sponsors.

If you find the challenge of singing demanding works appealing, you are welcome to come and rehearse with us on a trial basis. Please contact the office to inquire about the possibility of working on our next projects, or simply drop by at one of the next rehearsals. The Konzertchor Darmstadt rehearses regularly on Mondays from 7:20-10pm in the music rooms of the Lichtenbergschule in Darmstadt. Further information can be found in the Konzertchor Office.

The Konzertchor Darmstadt is a member of the Verband deutscher Konzertchöre (VDKC) and the Arbeitskreis Musik in der Jugend (AMJ).